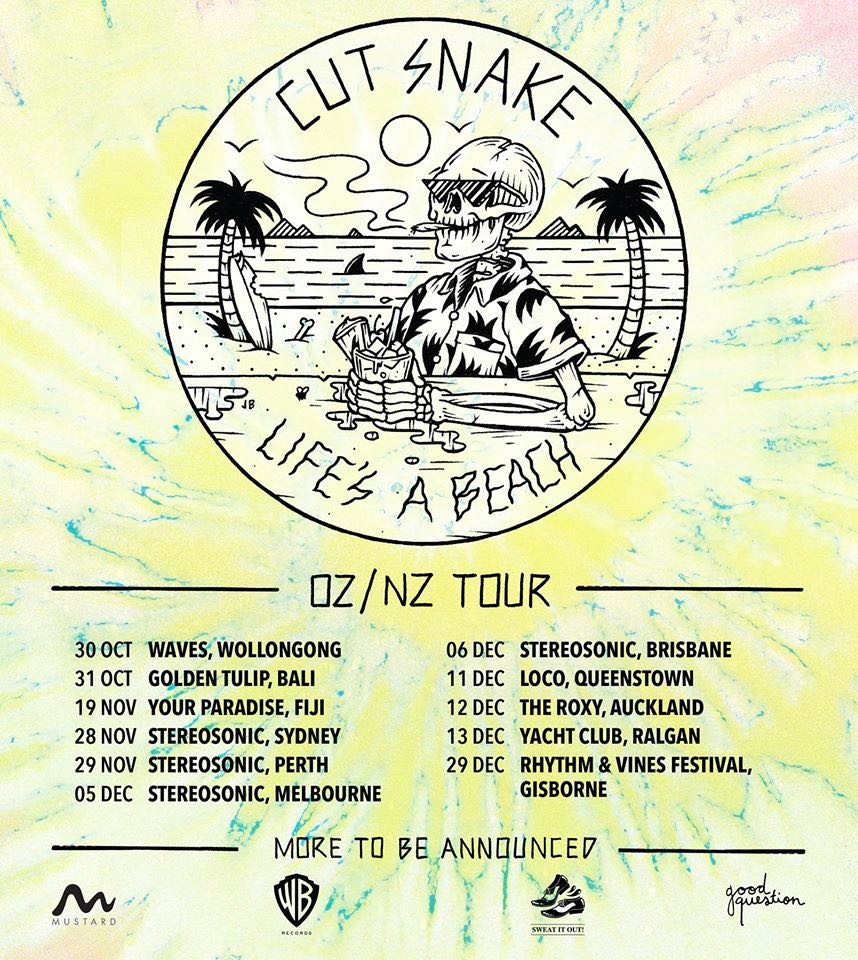 Zero fucks given – some would argue that’s the mantra when it comes to the Cut Snake way of life. “It’s about enjoying the moment and having a great time,” Paul “Fish” Fisher explains of his group with Leigh “Sedz” Sedley. However, it’s worth noting that there are, in fact, a few fucks the guys do give when it comes to their music. Which they have no problem showing.

Now that Cut Snake has relocated stateside and inked a deal with Three Six Zero / Warner Bros. Records, the guys flout the seriousness of the scene in every way possible. Their crazy video antics have amassed a cult following in their home country of Australia and given the guys an edge on US turf.