Ulterior Motive are at the top of their game. Their debut album ‘The Fourth Wall’ has been exceptionally well received by press and fans alike, with award nominations and UK top 40 chart success following its release. At the end of 2014 the album regularly appeared within top 10 lists across all genres, a triumph for all concerned. As DJs Ulterior Motive have performed at festivals and clubs across the globe to rapturous audiences, with the pair becoming known for their DJ sets from London to Colombia. 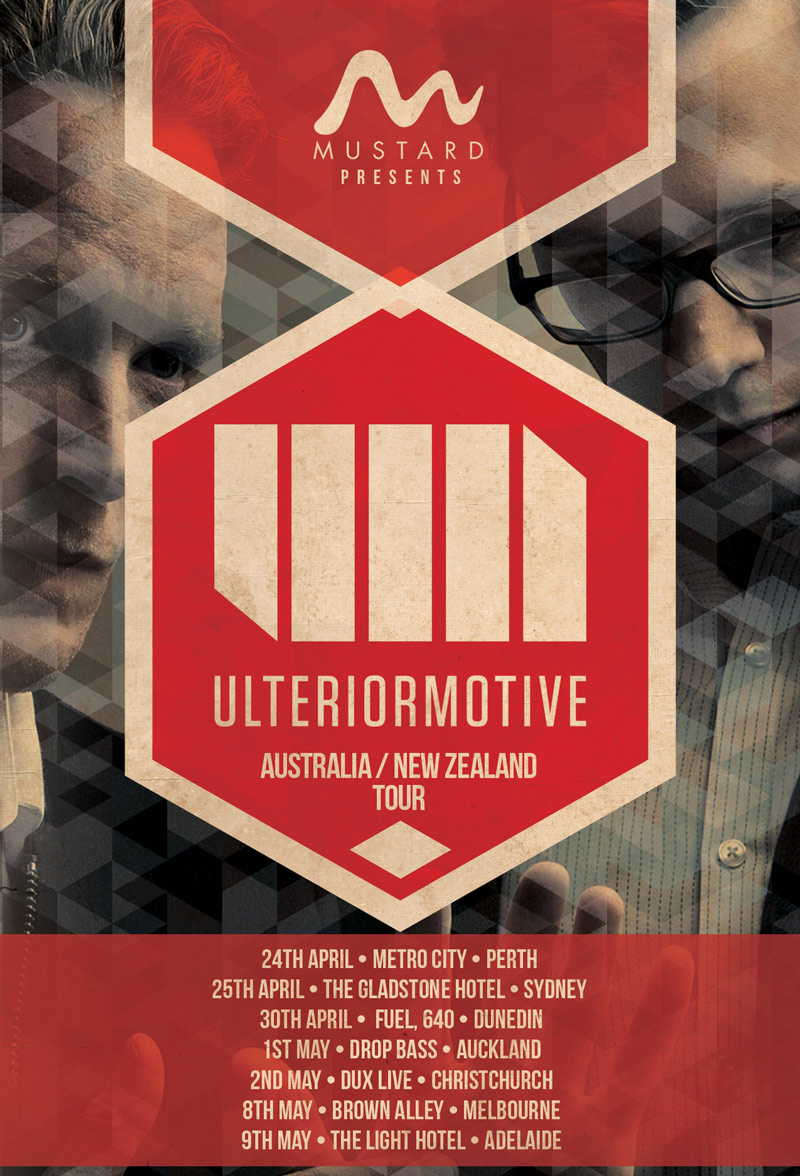